Looking at this page ( http://www.facebook.com/BarackObama ) it is evident that people who would never have voted for each other coz they’re all so different and also because they disagree alot, somehow all ended up voting for Barry!

That man is one smooth criminal!
Obama2016!!
Woohoo! 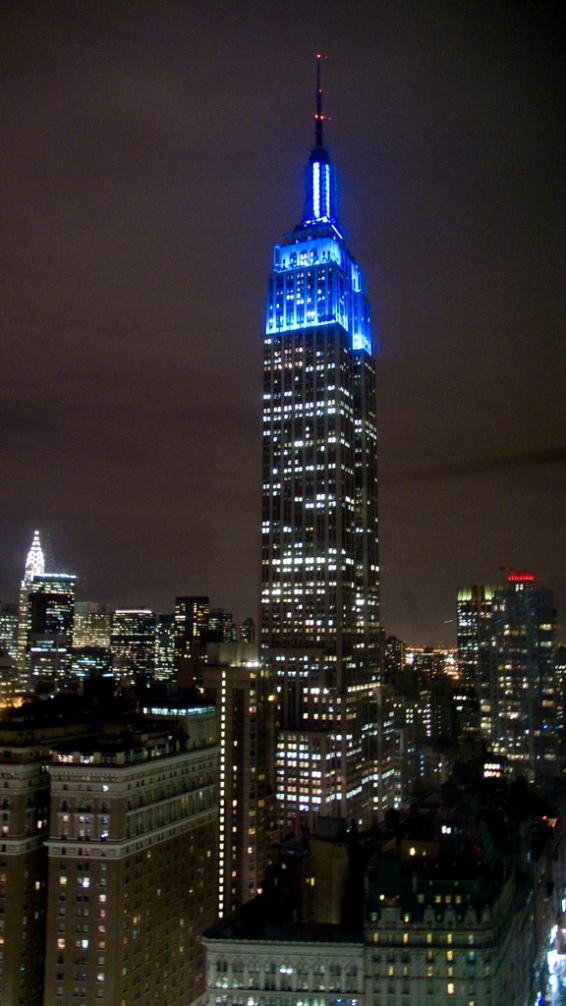 We saw them rise,

Then blue got competing,

Few in the reds,

Had any faith in the blues,

But faith had nothing to do with it,

Only how high you

When finally CNN could call it,

When Ohio finally blued on it,

And decided whom would Rule!

So now you know,

That it isn’t the black that’s long,

Nor the white that’s strong,

But a coalition of blight,

That makes that blue anaconda dong!

Mr. Obama was once our dream. He was our brainchild in ’08. The whole world said  “yes we can!”

I’ll tell you what changed:

The American economy rebounded from the worst recession since the global depression.

Osama bin Laden was tracked down and taken out like the trash that he was.

We saw the greatest and most necessary healthcare reform that America needed come to pass. And because of it +30 millions of Americans who were previously uninsured now have affordable care.

If indeed our only rebuke of the man is the speed at which he has managed to effect these changes then it is also irrational for us to cut his time even more.

Obviously recovery takes longer than collapse. One has to first get over the inertia of the destructive recession to even begin an attempt at growth. And indeed Mr.Obama has accomplished this for in the third quarter of 2012 the GDP has grown by 2%.
This is a fact, not a polling number.

America has grown during Mr. Obama’s Presidency. America is on a healthy path with this president. How could you even consider risking that positivity by changing leadership during this time of nascent growth?

In this election, we have a challenger who just months ago insisted that America should get rid of FEMA and replace it with some vague state level agency. Yet with increasingly volatile weather caused by human induced climate change, how can anyone seriously suggest that we remove one of the few entities which Americans in crisis can depend on?

The thing about an emergency is that it does not respect cost! Disasters cannot be controlled as they occur but certainly the aftermath can be managed. And if the aftermath is poorly managed then the overall recovery cost increases by factors. Mitt Romney doesn’t seem to understand that. He only views this in terms of short term costs versus benefits. Quite frankly like an out of practice CEO. It is indeed disturbing to think that whilst people are cold and hungry in the wake of a disaster that the President would be more concerned about the cost of helping them and less about their suffering. Mitt Romney wants to divide America into States. He wants States to view one another as competitors rather than as allies. His experience in the private sector has molded him into a callous and uncaring individual. Romney has no place in Government.

We do have the right man in office. His values are the people’s values. He knows that people are more concerned with security at home rather than with an adventurous military abroad. Barack Obama genuinely cares about people. His field is in the humanities. His expertise is far more suited to the care of 300 million Americans than Mr. Romney’s corporate experience. He sees millions of workers where Mitt Romney only sees a few hundred corporations. He sees thousands of futures where Mitt Romney sees only money being spent on education expenditures.

America is not under any current threat of such magnitude that it can justify the military spending increases which Mr. Romney advocates for. Are these sums not also adding to the National debt? How can the right continue to exist when they have been proven to be so full of hypocrisy?

America is wounded. It needs to be restored from the inside out. Military spending will not build hospitals nor schools nor infrastructure of any kind domestically. It will merely be blown away on some expensive, murderous tool of inhumanity.

Americans live in the United States of America. Military spending however, is mainly wasted abroad. The late 2000s recession damaged the American economy. The rest of the world’s nations are desperately trying to build back their own domestic capacities. The US will end up weaker if it spends it’s own scarce resources on foreign interventions rather than on nation building at home.

Barack Obama is not threatening other nations like his blowhard republican challenger. He understands that they are sovereign nations. And just as the United States would not be manipulated by threats and terrorism and demands from foreign nations, so too does Mr. Obama avoid such an ineffective foreign policy strategy. His opponents of course have painted this as some kind of weakness on Mr. Obama’s part. But they do so for political reasons which is to say with absolute disregard for the facts. These are the same people who insist that Barack Obama is a Muslim but at the same time also a Communist. Communism does not in fact endorse any religion.

Healthcare reform is also an agenda in this election. The challenger Mitt  Romney has vowed to repeal ACA. He childishly attacks this healthcare reform without a thought for the millions of people who will be left uninsured should it cease to exist. He offers no alternative and no hope for the millions of his fellow citizens with pre-existing medical conditions who will yet again become abandoned by greedy insurance companies. This is the man who promises 12 million jobs. The same man who as Governor in Massachusetts lost his State 40,000 manufacturing jobs.

Barack Obama is the safe option.

Barack Obama is the smart option.

Barack Obama is my choice and my appeal to you is that you also make him your choice.

Thank you for your time reader.

Maybe if Mr. Romney cuts enough of his own taxes he’ll be able to call himself a billionaire. As far as I can tell, cutting taxes is the only policy he hasn’t flipped on so far. Most business men make their first billion. Mr. Romney here, seems to be ahead of the curve on this because his strategy isn’t the free enterprise route but rather the rot the system from the inside route. I give him props for the innovative way in which he approaches this dilema he has; he knows that there is absolutely no way in hell he has a future in the private sector. He is 65 and has been out of work for a decade. But sadly his ambition isn’t curbed by his incompetence. He strives on, beside himself, trudging on the path which he finds himself suitable for. The path that says Factcheckers will not dictate his campaign and that no position is so definitive of him that he may not flip flop on it.
This campaign is the political version of Romney’s glue factory in that, he is running to prove that he is not quite ready for the glue factory. All he cares about is his reputation. A reputation that has him harvesting companies by day and restricting minorities rights by night. Mr. Romney has the social ethics of the Taliban when it comes to education funding and women’s rights to equal pay. He compares rather well with the Al Shabab in Somalia given his stance regarding the role of government in society. He is right on track with rogue reigimes like North Korea and Iran when it comes to his wilful contempt for the UN’s role in the international scene. Mitt’s contempt for the United Nation’s authority internationally exceeds even W’s who infamously invaded countries without cause and without UN backing.
I suggest we give the man who’s policies skyrocketted the Dow and wound down two wars a second chance, before we risk another pseudoreligious, holier than thou nutbag in the white house. It would be a waste, a damn waste, for the American people to shave off 50% of Barack Obama’s potential. Let him finish the job.
Re-elect Barack Obama.

By many measures, the 2012 presidential race is a pit of falsehoods. Too many pronouncements are allowed to hang unsupported in the news-cycle. They are like orphans, instantly forgotten by their sires who insist they never knew them. Talk show pundits and anchormen fan each side’s flames in a self interested ratings bonanza. The truth takes a back seat on a very long bus of priorities. Voters who need information, when they need it the most are forced to settle for whatever bits of it creep out of the gigabytes worth of spam.

An atmosphere such as this demands an apology.

In the original Apology by Plato, Socrates makes enemies of those whose true nature he reveals. It is not merely Socrates who is condemned in “Apology”, but also the truth that he represents. The crowd buries it and its herald along with it.

Mr.Romney lies often and with no muzzle. He has lied about his own actions repeatedly. For instance his announcement that he left Bain years before official SEC documents show. He has lied about Barack’s supposed removal of work requirements from welfare.  Mr. Obama lies specifically by use of stretched truths. A case of this was his estimation of how long the economic recovery was going to take after the late 2000s recession. The original “Apology” serves as a skeleton of all publicly driven mendacious epidemics. Ideology is so strong in these individuals that it suppresses all individual scruples. Each side sees the end as justifying the means.

Just as there seems to be a Mitt Romney and a Mitt Romney on campaign mode, there is an “everyman” and also a mob of ideologically bonded “all man.” The latter of whom truth is a relative concept and victory the absolute goal.

The mentality of this mob is one of self justification, rationalization and a perpetual state of outrage that is reinforced by their pseudo-morality. Whereas any one in the political mob can be singled out and individually shamed, the whole is immune to reproach.

This same architecture is repeated in their arguments. Every individual statement made may be simply wrong, but the whole rhetoric comes with an aura of indisputability. The mob needs it’s lie. The mob protects what it needs. The lie is one with them all. It ties them to each other.

Our culture is one which defeats reason. Our political parties no longer represent our causes, they replace them. And these politicians would sooner keep it that way. After all, a party is everything to everyone. So who can really say whether or not it has achieved it’s goals. It exists. Sadly, that is thought sufficient.

The presidential incumbent is really the only player with the history and character capable of elevating this stat of affairs. Mr. Obama is the kind of leader that inspires people and earns their trust. His opponents cannot replicate that effect and so they destroy it’s value by muddying the waters with untruth. His opponents do more harm to their fists than his face when they attempt to attack his character. What they should do instead, is listen to what Plato writes in Apology, “the easiest and the noblest way to avoid censure is not to be disabling others, but be improving yourselves.”